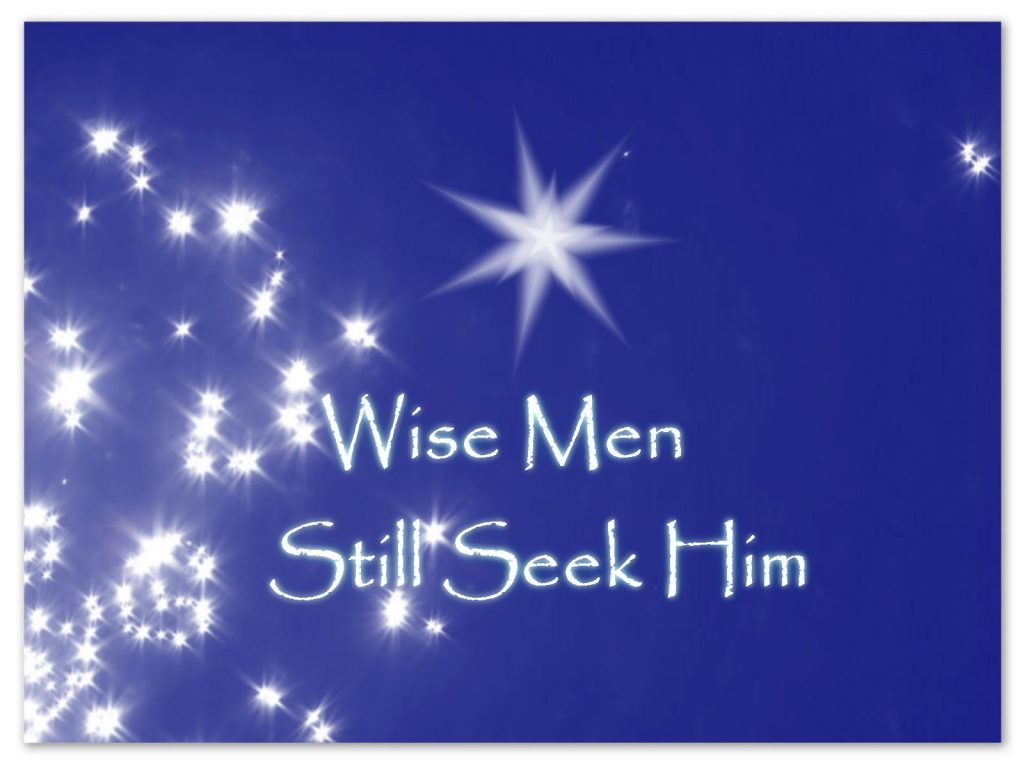 Every good and perfect gift is from above,
coming down from the Father of the heavenly lights.

Wise men from countries in the East, who were well-known for their knowledge of the stars, had seen the star that indicated the birth of a King who was worthy of worship. They traveled great distances bearing their best gifts in order to honor him. They are traditionally believed to be Balthasar of Arabia, Melchior of Persia, and Gaspar from India. When they finally arrived in the country where he had been born, they inquired about the child. The ruling king heard about this and became jealous. He pretended that he, too, wanted to worship the child and asked them to tell him where he was when they found him. In reality, he wanted to kill him.

When they found him in Bethlehem, they bowed down and worshipped him and presented him with gold, frankincense and myrrh. They were warned in a dream not to return the way they came, and the infant King’s family was also warned and fled.

The stars weren’t the only things that foretold his birth.
Centuries before he was born, the following was written:

“But you, Bethlehem, in the land of Judah,
are by no means least among the rulers of Judah;
for out of you will come a ruler
who will shepherd my people.” – Micah 5:2

“Therefore the Lord himself will give you a sign: The virgin will conceive and give birth to a son,
and will call him Immanuel.” – Isaiah 7:14 (Immanuel means God is with us.)

“…There will be no more gloom
for those who were in distress….
The people walking in darkness
have seen a great light;
on those living in the land of deep darkness
a light has dawned….

For to us a child is born,
to us a son is given,
and the government will be on his shoulders.
And he will be called
Wonderful Counselor, Mighty God,
Everlasting Father, Prince of Peace.
Of the greatness of his government and peace
there will be no end.”

May you find Joy and Peace through
the Prince of Peace this Holy Season!